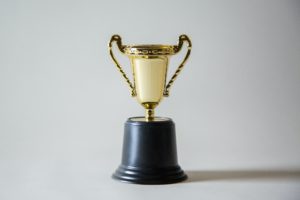 IIBEC-Chicago and our Awards Committee is pleased to announce the recipients of several awards for their contributions during the 2020 calendar year. The Past Presidents Award was presented to Mr. Patrick Reicher, Raths, Raths & Johnson, Inc., in recognition for his leadership and professionalism to the Board and Chapter.  Patrick helped navigate the chapter through a trying year, while also continuing to promote the chapter’s educational offerings and philanthropic efforts.  While the chapter was not successful in having a profitable year, IIBEC-Chicago was able to make donations to the Ann & Robert H. Lurie Children’s Hospital of Chicago and to the RCI-IIBEC Foundation, with proceeds benefiting the Convention/Student Participation Fund.

Exhibitor of the Year Award 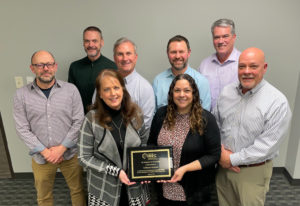 SJ Mallein & Associates were awarded the Exhibitor of the Year, in recognition and appreciation for their continued support and active involvement as an exhibitor/sponsor during IIBEC-Chicago events throughout the year.   Not only did SJ Mallein & Associates exhibit at the 2020 IIBEC-Chicago Annual Meeting & Program in January, but they also co-sponsored the June, July, September, and October Webinars.  Their support helped make it possible for the chapter transition to providing virtual programming when meeting in-person was not possible.

Presenter of the Year Award 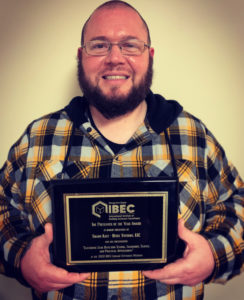 Mr. Shaun Katz of Detec Systems, LLC was honored as the Presenter of the Year for his presentation “Electronic Leak Detection Testing, Standards, Science, and Practical Applications” during the 2020 IIBEC-Chicago Webinar Series.  Shaun’s goal for his presentation was simply to provide the attendees with a basic understanding of Electronic Leak Detection.  He did so by explaining the differences between the four electronic testing methods, identifying potential Division 7 design and construction failures, and by explaining the capabilities and limitations of ELD as outlined by ASTM Standards.  His presentation was well attended and received positive reviews from the participants.

We congratulate this year’s recipients and thank them for their contributions to IIBEC-Chicago. 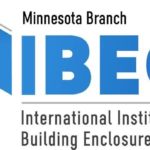